From viral campaigns to heartwarming stories, social fundraisers remind us that the world is never short of small acts of kindness making big changes to people’s lives.

It’s social media that allows us to strengthen this impact; we can reach large, new audiences almost instantly to raise awareness, engagement – and more importantly, donations.

‍Online giving grew by over 12% in the past year. And that jump saw fundraising campaigns of all shapes and sizes raising money for all types of causes. Some spread their message using viral content and campaign budgets, while others relied on personal stories and community sharing to support their cause.

Social fundraisers may update donators through different platforms, such as Instagram, TikTok or Snapchat. However, they all have one thing in common: the desire to help others. With that in mind, we’ve rounded up five inspiring social fundraisers of 2021, exploring how they’ve harnessed the power of people and social media for good to bring meaningful change to those in need.

Social media allows our love for individual, personal stories to thrive. And 2020 gave us this in bucket loads with Sir Captain Tom Moore, who famously raised a whopping £32.7 million for the NHS by walking laps of his garden during the first lockdown. He was quickly followed in 2021, by 70-year-old grandfather Frank Rothwell who rowed solo across the Atlantic to raise money for Alzheimer’s Research UK.

Frank rowed 3,000 miles in February ‘21 as part of the Talisker Whisky Atlantic Challenge, becoming the oldest person to complete the journey and raising more funds in the process than anyone else. So, how was he connecting to the world while in the middle of the Atlantic ocean? Social media. Frank updated supporters and donators through Instagram, Facebook and Twitter, bringing them along with him on his journey and raising more than £1 million.

Why we’re fans: Frank’s story is a perfect example of successfully using social media to amplify your cause and reach wider audiences. His story even landed in the laps of Iceland Foods Charitable Foundation, which match-donated half a million pounds to his cause.

Some things are inevitable in November: Bonfire night, Christmas music creeping in…and men sporting facial hair for Movember. Over the past 18 years, men (and women) have grown their tashes for all of November, raising over £600 million to help tackle male health issues, such as prostate cancer and suicide prevention.

It’s a simple fundraising concept that has effortlessly thrived in the digital age. In 2019, TikTok partnered with Movember and presented the charity with a £10,000 donation. And 2021 saw no sign of Movember slowing down. Over 220,000 men proudly sported moustaches worldwide, with the campaign rallying enough fundraisers to fill Old Trafford 4.5x over.

@majiqmike Link in bio! be a part of #movember 🤓 and yes I’m wearing shorts so TikTok don’t take the video down #fyp ♬ original sound - Malexsones

The #Movember hashtag saw users sharing their Mo, why they can’t grow a beard and moustache facts across TikTok, exposing their networks to the foundation’s message. Influencers and celebrities also got involved. To date, #Movember has gathered over 826 million views on the platform.

Why we’re fans: Movember is probably one of the OGs of social fundraising events. It’s driven by fantastic user-generated content, such as photos, updates and messaging. This creates a tapestry of engaging, relatable content and a genuine sense of community that simultaneously raises awareness and funds.

Social fundraisers don’t shy away from serious issues: they confront them head-on. Counting Dead Women shows the power social media can have in increasing awareness and taking matters to the top.

Karen Ingala-Smith, Chief Executive at charity nia, manages the Twitter account @countingdeadwomen, which aims to raise awareness of violence against women and girls by tweeting every time a women is killed by a man or where a man is the primary suspect in a woman’s death. It is the only such database in the UK and has led to the Femicide Census, founded by Karen with support from Freshfields, Deloitte and Women’s Aid.

18 December 2021: Julia Howse, 61, was stabbed to death in her home in Hertfordshire. Her son, Ashley Howse, 35, has been charged with her murder.

On International Women’s Day, MP Jess Phillips reads out the names in Parliament of the women killed the previous year. In 2021, at least 140 UK women were killed by men. This includes Sarah Everard, who was attacked and killed, inciting outrage from women across the UK. Many women shared their stories on social media about being intimidated, harassed, and feeling unsafe.

Why we’re fans: Counting Dead Women is incredibly impactful with its real-time posting.  Since starting Counting Dead Women, Karen has received donations and grants to research and identify themes that warrant state action. This shows that, while acknowledging the problem is not a quick fix, raising awareness in this type of in-your-face way can inspire meaningful action.

Social media allows charities to adapt quickly when obstacles arise. One of our favourite examples of this is Marie Curie, which had to reassess their famous Easter Daffodil Appeal in light of Covid-19. For the first time in its 35-year history, the public collections were cancelled because of social distancing guidelines. So, they moved their cause online.

The annual charity fundraiser pivoted and became the National Day of Reflection instead. On the 23rd March, to mark one year since the first UK lockdown, Marie Curie hosted a minute’s silence to support those grieving the loss of a loved one over the past year. Their campaign encouraged people to connect – via social, text, or even a letter – to those who were grieving.

🕯LIGHTING A CANDLE for ALL friends, family & indeed strangers, who have lost their lives to #Covid since UK’s 1st lockdown a year ago.

EVERY LIFE lost is a tragedy, not just a statistic. You are ALL loved. May you ALL rest in peace.

Through social media, people shared their personal experiences of grief during lockdown. Broadcasters, celebrities and even Alexa and Google’s voice assistant joined in. The organisation also hosted free online talks and conversations as part of the Good Grief Festival.

Why we’re fans: Marie Curie really honed in on the importance of human connection. We especially loved how those who were grieving had the chance to share their stories via online talks and social media, finding comfort and connection with others.

#Whamageddon is another fantastic example of adapting to suit the times. In 2020, the pandemic dealt Great Ormond Street Hospital’s annual fundraising campaign a huge blow: volunteers could no longer collect donations in hospitals, at railway stations or throughout the streets. So, they came up with a new idea.

They tapped into a community of people on Twitter playing #Whamageddon. The aim of the game is to go as long as possible without hearing ‘Last Christmas’ by Wham! in the run-up to Christmas. The game starts on 1st December and ends at midnight on 24th December. GOSH partnered with #Whamageddon to give it a twist: if you hear the festive classic and get ‘Whammed’, you donate to Great Ormond Street Hospital.

GOSH (Great Ormond Street Hospital) are the official partners of #Whamageddon!
This year, if you get #Whammed, make a donation to GOSH at https://t.co/2DesE3PmWu and they’ll give it to someone special.

Check out the new rules below 👇 and RT if you’re in 🏘️🎄 @GOSHCharity pic.twitter.com/UzBkM7i7An

Delivered on a limited budget, the campaign stole people’s hearts and became their most successful Twitter campaign to date. And it carried on for Christmas 2021 with GOSH utilising their network, influencers, and previous patients of the hospital to help spread the word.

Why we’re fans: We love how GOSH turned a challenge into something full of fun and joy. They made fundraising interactive and relevant while bringing GOSH to new audiences through their social networks. There’s no doubt they were onto something special (or, in the words of George, ‘special…special’).

How to tell a great Fundraising story

Telling a fundraising story is a skill. Doing it well is the key to a successful social fundraiser. There’s no doubt that fundraising is a crowded space. With many people and organisations competing for support and attention, you need to find new and creative ways to leave an impression and encourage donations.

Giving Back with Youth Charity Rise365

Raise It Up headed to youth community charity Rise 365 to hand out food and health supplies to the local community.

154 million people in the world are living on the streets, in temporary accommodation, refugee camps and in other dangerous conditions. Raise It Up is here to drive change and help those in desperate need so we began by helping those who are without a home.

Join thousands of others raising funds for friends, family and causes they believe in.
Sign up 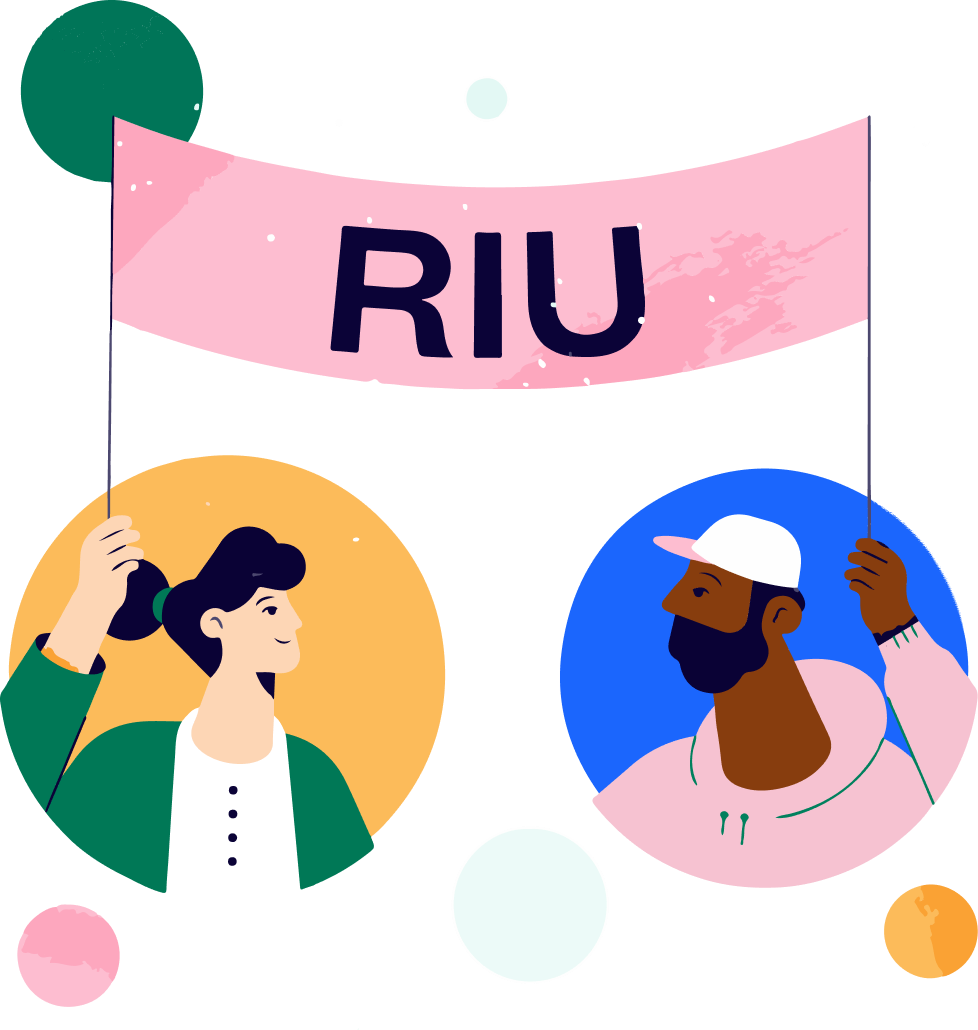